My approach to painting my images tends to be a bit of  “By Gosh and By Golly”, lots of research, and tons of reference photos, to get my details right.  The end result is a by product of what I saw out on my travels, and the artistic vision of what is in my head.

I have yet to do a painting that I think exactly measures up to what I was attempting, but what is life with out challenges?  The world is an interesting place, with lots of wonderful things to see and explore; I try to capture this attitude in my work.  There is a definite “nothing ventured nothing gained” approach to how I do things.  Being self taught, has freed me from the “you can’t do this”, or the “you can’t mix that”  that formal training would have given me.  There is a real sence of freedom when I try my hand at another challenge.

My favorite fall back quote, when I’m a little nervous about what I’m trying; comes from Robert Bateman….”If you painted it once, you can do it again!”  Very freeing, if you are trying an effect you are not sure will work!

Look around my site and enjoy yourselves.  I hope my work lightens your day. 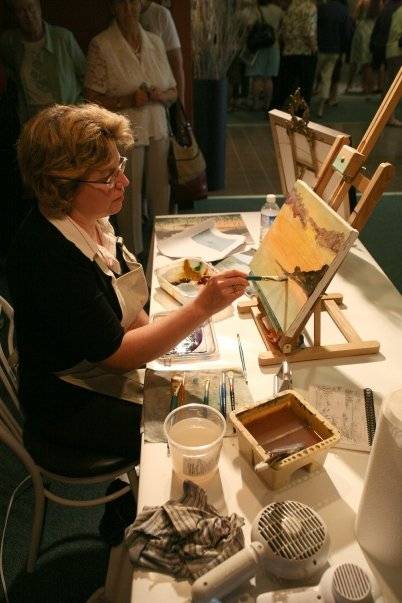 Canadian Federation of Artists – Scenes of Western Canada – Vancouver BC – (2014)